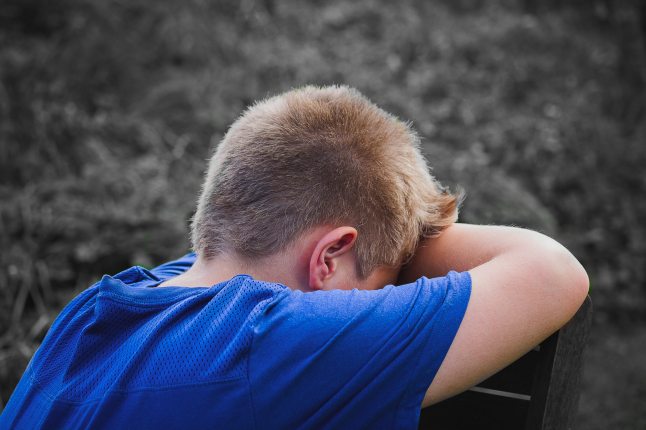 If you’ve ever had to deal with an angry pupil during a lesson, you’ll know how important it is to have a rapid-response system in place that quickly de-escalates the situation.

In most cases, this will likely involve a member of SLT removing the child from the classroom for time-out in order to calm the child down in a quiet space so that they can return to learning as quickly as possible.

Like me, you would be forgiven for thinking that this is standard fare. Surely this is what most schools do, day-in, day-out?  But apparently not, according to an article in this week’s Schools Week.

The state of play

‘Isolation rooms: How swathes of schools are removing pupils from their classrooms’

I’m not entirely sure what constitutes a swathe, but the report claims that some schools are dealing with inappropriate behaviour by – and brace yourselves – actually removing children from class and taking them somewhere else in order to deal with the situation. In some cases, schools are even using the room as part of ‘an escalating set of disciplinary measures.’

Schools Week have found this out because they made a FoI request to the 90 largest academy trusts asking them if they use isolation rooms. I should state that I am somewhat at a disadvantage here as I haven’t seen the request, but I assume they defined; (a) what they meant by an ‘isolation room’; (b) what the thresholds were for removal, and; (c) for how long they were used.

If by ‘isolation room’, they mean some kind of ‘lonely mildewed concrete silo’ (to quote from Tom Bennett’s tweet on the subject), then yes, they are abhorrent, should be banned and as Paul Dix rightly says, they are the ‘bleakest sign of an institution giving up’.

Any school that routinely and systematically rounds up its most difficult-to-teach pupils and holds them in a designated room should be challenged.

I’m not sure whether the reporter ever set foot in a school to see how they work. This is perhaps why it seems they have completely mis-read the room. Because in the vast majority of schools – primary especially – the so-called ‘isolation room’ is not used as such, and certainly not in swathes.

Despite it’s provocative headline, the article itself even appears to self-contradict, conceding that ‘many trusts told Schools Week the rooms also allow for supportive conversations without disrupting lessons for other pupils.’

So here in fact is the real headline, the one that should have been reported: ‘How swathes of schools are expertly managing behaviour in the classrooms’.

Granted, some schools are not, and yes, these need to be addressed. Let’s not forget though that the representative sample of those 48 trusts that confirmed they do ‘isolate’ can’t be any more than about 5% of all schools overall. And of those that did respond, their definition of an ‘isolation room’ is likely to be varied.

What would you do?

Being able to manage challenging behaviour effectively is the ultimate hallmark of a really great teacher. No matter how good you might think you are at planning, marking and teaching a class, the moment a child kicks off, everything else counts for nothing.

By ‘kicking off’, I mean violent, red-mist-descending rage, and not the continual low-level disruptions of a bored learner. I’m referring to behaviour that is entirely uncontrollable and likely to compromise the safety of everyone in the room.

Let’s assume it happens during a lesson or an assembly full of parents. What do you do? Do you ignore it and allow the child to continue to trash the room, throw chairs, be abusive, damage property, injure themselves and others and hope it goes away? Or do you deal with it? Do you use everything that you learnt from your priceless Bill Rogers training and de-escalate the situation, or do you turn a blind eye? Do you fear that by removing them to a room you’ll be accused of using Draconian measures, or do you stand by what you believe is right?

Let’s imagine the same thing happened to one of your own children, or a nephew or niece, on a Saturday morning. You find yourself in Asda or in the kitchen at home and your four year-old goes into a right old tantrum.

Do you ignore it or do you remove them from the situation by perhaps taking them to the car or to their bedroom to calm down? Do you then leave them in the room all day on their own or do you remain with them for 20 to 30 minutes until they calm down and then allow them to go back?

And remember this, no matter how stressful, humiliating or challenging this situation may be, think yourself lucky that you don’t have another 29 young children to have to deal with, protect and look after.

So being a teacher when a child becomes angry is tough, which is why all the best schools have a well-managed intervention strategy that skilfully and sensitively removes the child from the situation and takes them to a designated room, regardless of whatever it might be called.

What I’ve noticed in the most challenging schools, particularly those in special measures, is that this system is either completely missing, or in place, but badly managed. What you tend to find are either empty classrooms, because almost every ‘naughty’ child has been removed so that someone else has to worry about them. Or, you get the complete opposite extreme where the pupils aren’t ever removed, instead resulting in unsafe lessons descending into chaos.

In turn, this leads to teacher burnout and illness and up steps an inexperienced supply teacher, and so the vicious circle continues.

I always remember a Year 2 boy – we’ll call him Jermaine, although that’s not his real name. I had recently become headteacher of a school in special measures and Jermaine was a child in desperate need of help.

There are loads of Jermaines up and down the country, including children that have witnessed all manner of atrocities from war-torn corners of the world. I’m sure you’ve taught one and know exactly what I mean.

Jermaine’s  home circumstances were horrendous; his single mum couldn’t control him and was in bits, his brothers were involved in local gangs, drugs and violence. He was exposed to watching all sorts of X-rated TV at home and his dad was in prison.

So it was entirely understandable that at certain points during the day, with no warning whatsoever, Jermaine would occasionally lose control and become unmanageable.

This is where the system kicks in. And by ‘system’ I mean senior leaders, led by the headteacher entering the classroom and supporting the teacher by removing the child to avoid further injury or distress to all concerned.

We’d do it always in pairs, my deputy and I, using team de-escalation techniques that we’d been trained in. We’d practiced the drill many times and so intuitively we set to work removing Jermaine to a designated room because we knew we’d never be able to reason with him all the while there was an audience. Besides, the other children were scared because Jermaine’s language was so abusive.

So off we all three go to the room. We’d get him almost there and then he’d spy an open door and would see his chance. He’d bolt, we’d lose him and so we start all over again. Eventually, we manage to get him to the room, Jermaine’s rage and anger at boiling point.

We won’t exclude him because he is safer at school than at home. In the past, fixed-term exclusions simply didn’t work for Jermaine, even though they did for others.

At this point, the risk of injury to himself and others has passed. Jermaine is still fuming, but at least he’s decided to curl up and lie on the carpet, gathering the over-stuffed cushions tightly into his chest. This is a good sign as we’ve seen this behaviour before; we are almost there.

On cue, we then leave him with two of our highly skilled teaching assistants, one of whom starts to read him a story whilst the other passes post-it notes to and fro for half an hour or so as he won’t talk.

Invariably, Jermaine starts to get hungry and is getting bored. He wants to be back with his friends. By now, a tearful mum has arrived and is grateful that we aren’t going to exclude her son. All the while, reams of forms have been filled in and filed and ongoing referrals made.

Jermaine wants to go back into class now, but first understands there will be a consequence for his actions, as there always has been and always will be. He acknowledges that what he did was wrong, is deeply sorry and says he won’t do it again.

Jermaine knows he still needs lots of help making the right choices. We didn’t know it then, but by the time Jermaine made it to Year 6, he’d turned himself around.

After a period of reflection and redirection, Jermaine is successfully re-integrated back into class. I go back in with him so that the rest of the children are reassured that it’s been dealt with as well as it has always been. Children crave consistency.

I linger for a few seconds, see that he’s on task, and then slip out unnoticed.

A reason for being

As I walk back to my office, smiling as I go, I reflect that these are the moments that will always stay with me. These are one of those ‘sliding door’ episodes, where for one of your flock, you know you are saving lives.

The school is quiet. Nobody, other than the classteacher, deputy and the TA have any idea what’s just happened. That’s the way it should be. I enter my office, close the door and take a moment to compose myself, feeling guilty as always because I know Jermaine’s teacher can’t do that. She still has a class to teach and must carry on, ever the professional.

As the adrenalin ebbs, my pulse starts to drop and the dryness in my throat disappears. I begin to feel calm again. A cup of sweet tea has magically appeared on my desk, along with a custard cream.

As I munch, I think about how effective the room is that we have on standby, should we need to remove pupils, and that despite its use being rare, I’m glad we have it.